There is a recycling Crisis!
If you are curious as to what happens to our recycling, please read this article on The recycling crisis. (March 30, 2019)

Much of the stuff Americans think they are ‘recycling’ now ends up in landfills and incinerators. Why? Here’s everything you need to know:

Where do recyclables go?
Until recently, the U.S. and other developed countries sold much of their recyclables to China, which accepted more than 40 percent of American wastepaper, plastic, glass, metal, and other reusable materials. Several other Asian countries and some U.S. processing companies bought most of the rest. China began importing trash in the late 1980s to feed its growing manufacturing sector. Taking advantage of the country’s abundant supply of cheap labor, Chinese companies employed legions of people to sort through the junk; it was then converted into cheap exports such as shoes, bottles, hoses, and phones. Shipping containers filled with Chinese goods would drop off their cargo in the U.S. and return filled with recyclable trash to be turned into more stuff. That all changed in January 2018. That’s when China banned most imports of “loathsome foreign garbage,” including post-consumer plastic and mixed paper. The recycling industry — which handles about 25 percent of America’s total waste — now has nowhere to send what it collects. “I’ve been in garbage all my life,” says Kevin Barnes, the solid-waste director for the city of Bakersfield, California. “This is unprecedented.”

What’s happening instead?
More trash is being buried or burned. Many communities used to make money selling trash to private recycling companies that would process the materials and then sell them to China or to manufacturers. Now they’re having to pay those companies to take their recycling away. Philadelphia went from making $67 a ton selling trash in 2012 to having to pay $40 a ton in mid-2018 to get rid of its recycling. The city now burns about half of the city’s recycling, converting the waste to energy. Other cities have responded by cutting back the kinds of recycling they accept, while many small communities have been forced to suspend or cancel recycling programs altogether and send everything to landfills.

Aren’t there other buyers?
Many waste management companies don’t want America’s recycling because it’s too dirty. It’s estimated that about 25 percent of American recyclables are contaminated with food waste and nonrecyclable materials, according to the National Waste & Recycling Association trade group. The spread of “single stream” recycling programs, where consumers dump all of their recycled items into one bin, is part of the problem. Many Americans are what waste management experts call “aspirational recyclers.” Wanting to do their part for the environment, they put anything and everything into recycling bins — bowling balls, used syringes, even used diapers. This stuff wreaks havoc on the equipment recycling companies use to automatically sort incoming trash. Other stuff that is theoretically recyclable is too dirty to be useful. Pizza boxes, for example, can’t be recycled because the grease can’t be separated from the cardboard fibers. If recyclers don’t wash the food and residue out of their used cans and plastic bottles, they’re also useless. The expense of recycling this tainted garbage makes it cheaper for many companies to simply buy new materials, especially virgin plastic. “We have not been successful at recycling,” Ellen MacArthur, an environmentalist who founded a group devoted to reducing plastic waste, told the Financial Times. “After 40 years of trying, we have not been able to make it work.”

Can it work?
In theory, yes — if people were meticulous about cleaning and sorting their recyclables. The Environmental Protection Agency estimates that recycling and composting prevented approximately 186 million metric tons of carbon dioxide from being released into the atmosphere in 2013, the equivalent of taking 39 million cars off the road. But recycling is not an environmental panacea. For example, you would have to personally recycle 40,000 plastic bottles to offset your carbon footprint from taking one round-trip flight between New York City and London. During the current crisis, policymakers are hesitant to ask consumers to make big changes for fear they’ll stop recycling altogether. In a recent Harris Poll, 66 percent of people surveyed said that they wouldn’t recycle at all if it wasn’t easy to do. Some cities are still asking people to keep putting out their recycling while they look for alternative markets, even though in the meantime it’s just as likely to go to a landfill. It’s “difficult with the public to turn the spigot on and off,” says Brian Fuller, a waste manager with the Oregon Department of Environmental Quality.

What are the solutions?
The best solution, experts agree, is to create less waste in the first place. Only 9 percent of all the plastic produced in the past 68 years has been recycled. To encourage less consumption, some experts suggest a tax on garbage. About 350 communities throughout the U.S. have already implemented policies for reducing waste, like charging extra for plastic bags. In the long run, environmentalists say, the recycling crisis might force a necessary reckoning with how much the U.S. consumes and throws away. “Our plastic chickens are coming home to roost,” says George Leonard, chief scientist at the nonprofit Ocean Conservancy. “We are going to have to deal with this problem.”

One man’s trash …
Entrepreneurs spy opportunity in America’s growing mounds of trash. Waste Management, the nation’s largest trash hauler, is partnering with a startup called Compology to make smart dumpsters that can alert the owner when tainted recycling has contaminated the load. In Wisconsin, the used-cardboard glut created by China’s decision to stop buying most used cardboard is helping to revive the state’s old paper industry, which is recycling the millions of boxes used by online shipping giants like Amazon and Walmart. It now costs 70 percent less for paper mills in the state to buy used cardboard, which can be crushed and converted into the “brown paper” that is used to make new cardboard for shipping boxes. Rick Strick was one of 600 people who lost their jobs in 2017 when the paper mill in Combined Locks, Wisconsin, shut down, and he was recently rehired when the same mill abruptly reopened to start recycling cardboard. “Brown,” Strick told The New York Times, “is the future.” 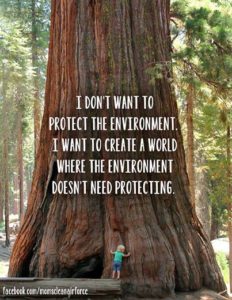 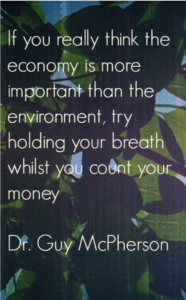 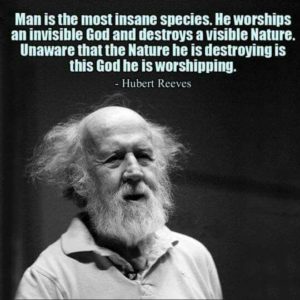